​Photos of CCAR Animals – our very first rescues … our family. 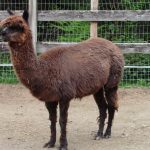 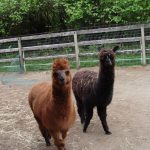 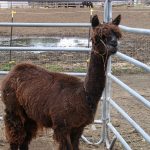 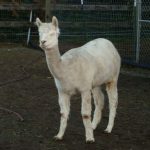 ​Weezie– Weezie came to us in the fall of 2007.  We discovered that she was missing several teeth in the back of her mouth, making it impossible for her to eat hay.  We then took grass pellets and, mixed them with water to make “mush” and fed her separately.  The “lady” could eat!  Weezie was a great companion to our other alpacas as she gently watched over them.  We lost Weezie a year later.  She was one of the first alpacas to be imported form Chili.  May we never forget the look in  your eyes.
​CHRIS (brown) and Tahoe(black)-came to us from the same farm as Weezie.  They are both gelded males that are great companions and fiber animals.  Chris loves to be the center of attention and is the first to investigate.  He has an unusual friendship with our horse Eddy.  They are quite gentle, as they nuzzle each other over the fence.  Tahoe was considered small for his age when we got him but he now stands a foot taller than Chris.  He is definitely the rowdy one, as he is convinced that he is still a stud!
Tess (brown) and Eden (white)-came to us as a packaged deal.  With their breeding days behind them, they needed a place to retire.  Tess needs some special attention and food supplements to keep her weight up.  Her personality is that of a grouchy old lady.  Eden came with her own fly mask.  She had uveitis (moon blindness).  She eventually had to have both eyes removed.  Not knowing how she would react to being blind, we were a little apprehensive.   But we can express with great gratitude, that she is happy and content.  She has adapted  quickly to her surroundings and loves to sit in the sun chewing her cud. 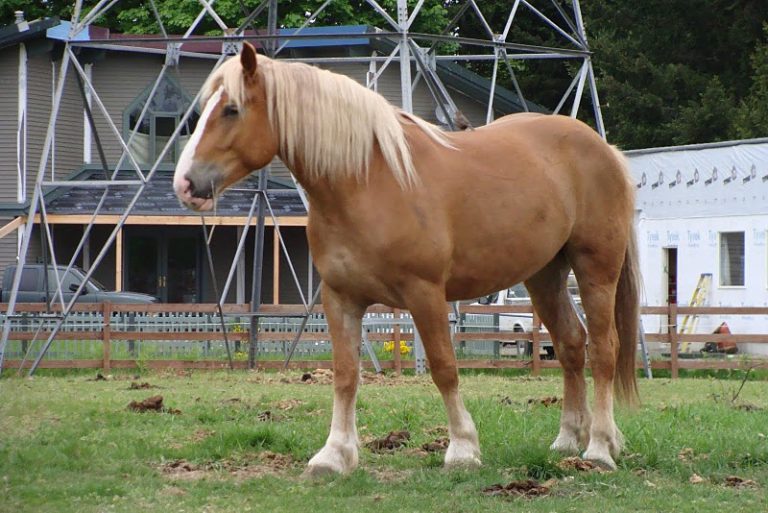 ​Luna is a female Mustang adopted in 2003 from The Bureau of Land Management (BLM).  During the BLM roundup, Luna (6 months old) was kicked in the leg by another horse and thought to be lame.  Scheduled to be put down, we adopted her.  She is now perfectly sound and the leader of the herd.
The BLM estimates that nearly 37,000 wild horses and burros are roaming on BLM-managed rangelands in 10 Western states.  During the 1950’s in Nevada, Velma B. Johnson, later known as Wild Horse Annie, worked to stop the ruthless manner in which wild horses on Western rangelands were being treated by the “mustangers.”  Today, nearly 40 years after Congress passed the Wild Free-Roaming Horses and Burros Act of 1971, the BLM carries out a program that includes adoption, research and management of these iconic animals in a humane manner.
Bella is a female Belgian draught horse and Eclipse is a female ½ Paint & Percheron.  Both horses were rescued from a (PMU) ranch in Canada in 2004.
It was estimated in 2002, that 22 million women in the United States took a popular drug called Premarin to help treat symptoms of menopause.  Premarin is made with estrogens extracted from pregnant mares’ urine (PMU).  For approximately six months from fall through spring, the pregnant mares live in the “pee barns”, forced to stand in stalls with urine collection devices strapped to them.   The stalls are no more than 5 feet wide, to prevent the pregnant mares from turning around and having the collection cups come loose.   Even though some fillies are kept to replace their worn-out-mothers, the horse market is oversaturated, and there is not enough homes for another estimated 5,000 foals form this industry.  As a result, PMU foals are at risk for slaughter with their meat shipped to Europe and Japan for human consumption.
​Eddy is a gelded male, the son of Eclipse.  He is part Paint, Percheron & Mustang.   Not knowing that Eclipse was pregnant, Eddy just showed up one day.  He is best friends with Chris (alpaca).  They are quite gentle, as they nuzzle each other over the fence.
Unfortunately we lost Sonnet this past August to colic.  She was a ½ thoroughbred & Belgian draft horse.  Sonnet was also rescued from a PMU ranch in Canada.  May we never forget your beauty, courage and sense of humor.
Support Us